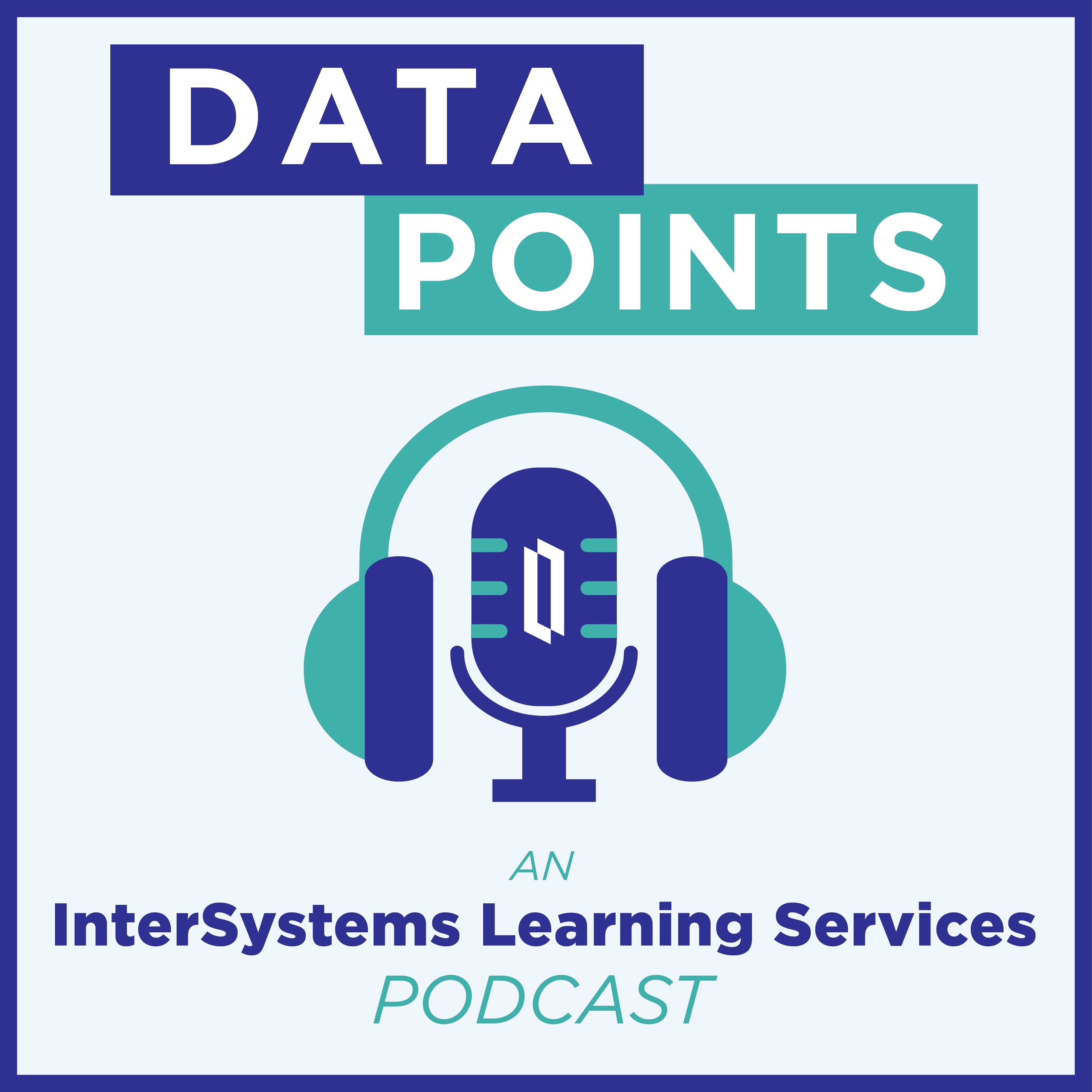 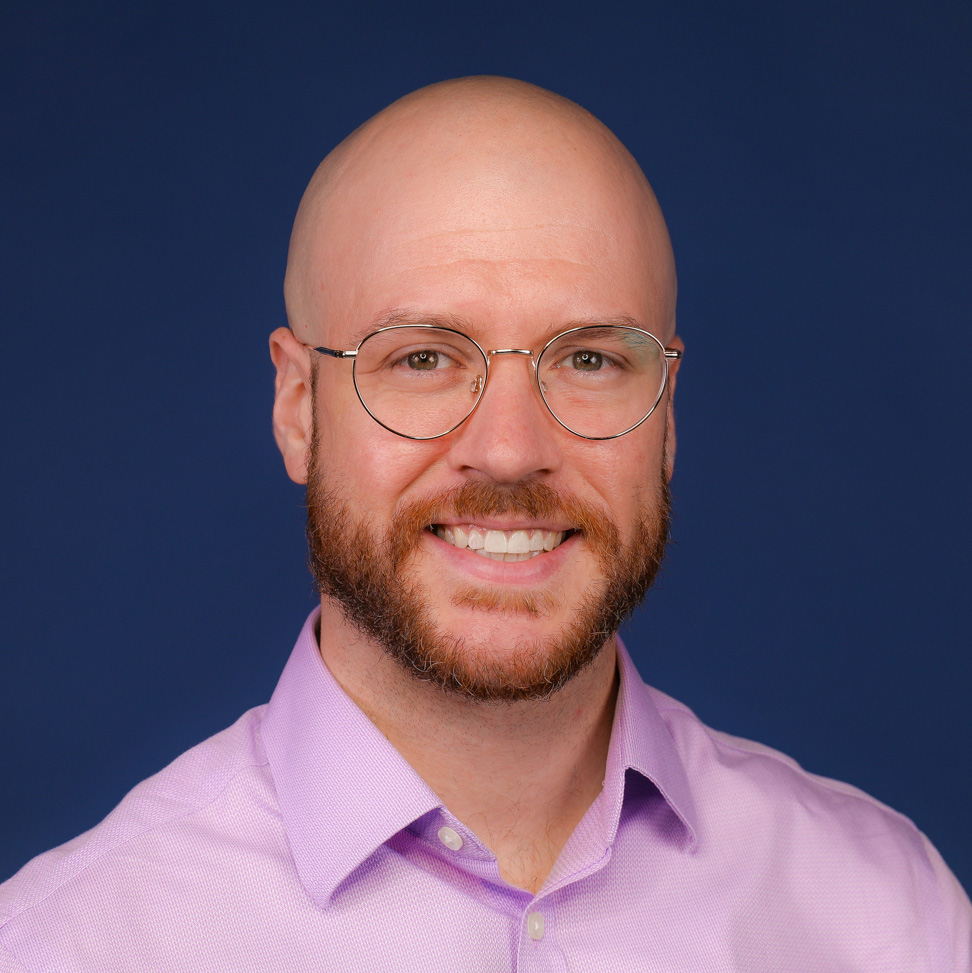 In the first episode of Season 2, Product Manager Bob Kuszewski tells us about Embedded Python in InterSystems IRIS, which integrates Python into the platform alongside InterSystems ObjectScript.

In this episode, we chat with product manager for analytics and AI, Carmen Logue. Carmen tells us all about the newly released InterSystems Reports, what functionality it provides, how it fits into the existing set of InterSystems products, and more. For more information about Data Points, visit https://datapoints.intersystems.com.   EPISODE TRANSCRIPT: Derek Robinson 00:00:01 Welcome to Data Points, a podcast by InterSystems Learning Services. Make sure to subscribe to the podcast on your favorite podcast app. Links can be found at datapoints.intersystems.com. I'm Derek Robinson.   Zack Krowiak 00:00:15  And I'm Zack Krowiak, and today we'll chat with Carmen Logue, Product Manager for Data Management and Analytics, about the newly released InterSystems Reports.   Derek Robinson 00:00:39  Welcome to Episode Seven of Data Points by InterSystems Learning Services, and for the first time I'm joined by fellow co-host, Zack Krowiak, fellow Online Course Developer in the Online Learning team. Zack, how's it going?   Zack Krowiak 00:00:50 I'm doing great, Derek. How are you doing today?   Derek Robinson 00:00:52 I'm doing well. Obviously we're all still adjusting, with the whole global crisis that's going on, global health crisis, with this virus. Everyone's at home, working remotely. We're still trying to keep the podcast going. Last episode we had Jamie Kantor joining remotely, and this time, not only are we going to have a remote guest, but we have a remote co-host. So how are you finding this whole situation, as you're adjusting to the remote life?   Zack Krowiak 00:01:14 Yeah. Well, it's been a change, but I'm pretty used to working remotely with our team. We have a few people who are full-time remote even before all this happened, but I miss seeing everyone's face. And ...

In this episode, you'll hear a bit about what's going on within the Online Learning team. First, Michelle Spisak tells us about the monthly learning newsletter. You can subscribe to the newsletter here! https://learning.intersystems.com/course/view.php?name=NewsletterSignUp Then, you'll hear from Jaising Pasten about his journey, his experiences since joining the team, and some of the items he's worked on recently. One of them, which he mentions, is a Provider Directory video about navigation and search. HealthShare customers can view it here: https://learning.intersystems.com/course/view.php?name=PDFirstView For more information about Data Points, visit https://datapoints.intersystems.com   EPISODE TRANSCRIPT: Derek Robinson    00:00:02    Welcome to Data Points, a podcast by InterSystems Learning Services. Make sure to subscribe to the podcast on your favorite podcast app. Links can be found at datapoints.intersystems.com. I'm Derek Robinson. And on today's episode, we're chatting with Michelle Spisak and Jaising Pasten, two of my colleagues on the Online Learning team, for a look inside Online Learning.  Derek Robinson   00:00:43    Welcome to Episode 13 of Data Points by InterSystems Learning Services. Today's episode is the first in what may be a recurring type of episode every once in a while, called What's New in Online Learning? The idea behind an episode like this one is to take a look behind the scenes of the Online Learning team as we build content and work on projects aimed to better equip learners of our technology. In the first half of the episode, I'll talk to Michelle Spisak, an Instructional Designer on the team, about the monthly learning newsletter. Then I'll chat with fellow course developer Jaising Pasten, about what his experiences have been since joining the Online Learning team ...

In this episode, you'll hear about the experience labs that are planned for the 2020 Virtual Summit! For more information about Data Points, visit https://datapoints.intersystems.com.   EPISODE TRANSCRIPT: Derek Robinson 00:00:02 Welcome to Data Points, a podcast by InterSystems Learning Services. Make sure to subscribe to the podcast on your favorite podcast app. Links can be found at datapoints.intersystems.com. I'm Derek Robinson. And on today's episode, I'll be giving you a preview of the five different Experience Labs created by Learning Services that you can look forward to at the 2020 Virtual Summit.   Derek Robinson 00:00:40 Welcome to Episode 14 of Data Points by InterSystems Learning Services. In this episode, it'll just be me, no guests on the podcast today. Our whole team here in Online Learning always ramps up during the summer every year, in preparation for the Global Summit. Many of you listening have probably attended Global Summits in the past. Every year it's a chance for InterSystems partners and customers to come together and learn, collaborate, and network, and share their experiences with InterSystems products and anything else in their careers. Of course, given the global pandemic, things are different this year; everything's virtual, and thus it is the 2020 Virtual Summit that's happening this year in October and early November. Links in the podcast description will get you to the important information. But today I want to run through the five different Experience Labs that our team has been working on and will be offering at this year's Virtual Summit.   Derek Robinson 00:01:31 Experience Labs are something that you may have attended at past summits if you have frequented Global Summits in the past for InterSystems. They're ...